The exhibition is focusing on the appropriation of a public space, occupied the empty walls of vacant space. The artists must create for a site-specific exhibition, freely express ideas, and present their creations to the public. More importantly the intention of this project is to create awareness of the appropriation of this land by the colonial investors and the displacement of the original natives habitants of this area, this park, these tunnels. By organizing this exhibition, we as artists are symbolically recognizing that this land it’s not our. The artworks presented are exploring the current issues in our society, but also expressed the ephemeral character that the artworks proposed. It’s like artists are sacrificing their works, they are becoming offering to the land. The exhibition includes perishable and temporary art, artworks that are going to be taken by nature or consume by the passage of time. The exhibition also expressed the idea that each artist is contributing to collective discourse instead of an individual point of view.

History tells us that in May of 1626, Dutch West India Company representatives Peter Minuit met with local Lenape Native Americans to purchase the rights to the island of Manhattan for the value of 60 guilders. We don’t know who signed the deal with Minuit, but it could have been the Canarsees, who didn’t have much of a footprint in Manhattan, rather than the Weckquaesgeeks, who lived north of the Dutch on the island. The exact value of 60 guilders in modern dollars is irrelevant – the transaction itself involved a useful but not particularly pricey set of European tools.

“Appropriated Intentions”, calls for open dialogue, a discussion about the roll of art in history. The tunnels present themselves as empty arch walls and brute flooring dominating exterior balance of the space. Admittedly, it would have been easy – and somewhat unscientific – to present an exhibition on the appropriation of space as a hodgepodge of squatting and hippie camp sites. Instead, the organizers of the project invited the creative minds of local artists and adopted the work-with-what-you-can-find attitude of squatters, but applied it in a slightly different way to the space, presenting painting, photography, drawing, sculpture, installation and video in the conventional setting but in a space that it’s not designed to hold an art exhibition. 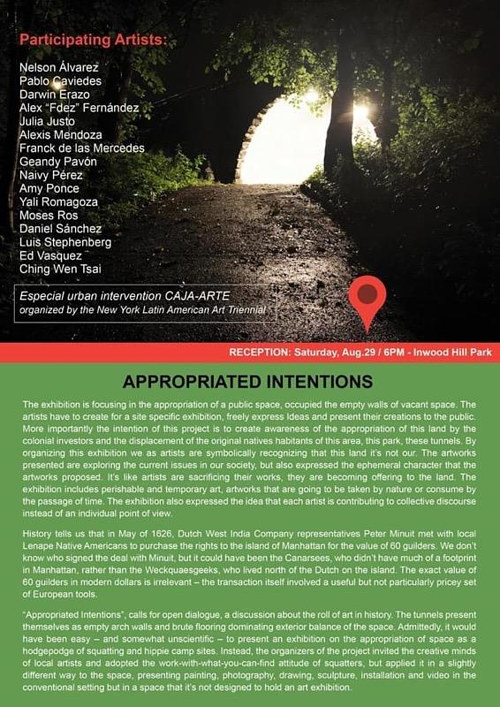 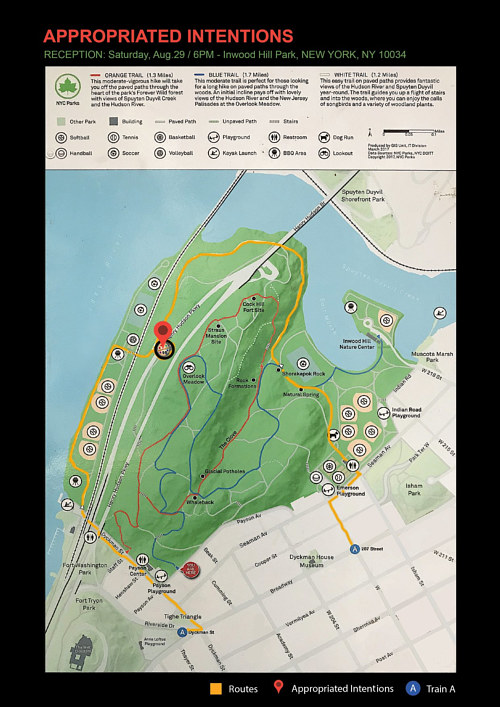